Version Changelog/Ver 1.10.0 A Splash of Adventure

A Splash of Adventure (Summon Showcase)

Raid Event: A Splash of Adventure/July 2019

July 31, 2019 06:00:00 AM UTC - August 13, 2019 05:59:59 AM UTC
Even warriors need a vacation every now and again! The prince and friends have come to a scenic island to get the most out of the sun's shining rays and bright blue sea, but a secret is waiting for them! There is a treasure hidden somewhere on the island! Guided by a treasure map and joined by a dragon of azure flame, the prince and friends encounter a mysterious and powerful ocean fiend... 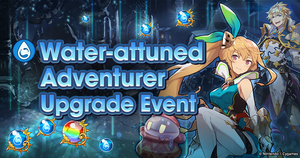 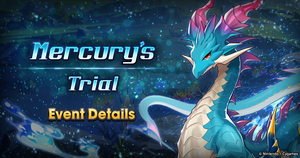