Jurota: Splendid work, Rex—though I should have expected no less from you.

Jurota: To think one could dig a tunnel leading from the courtyard to a location outside the castle walls with such ease!

Alain: Well, this is just splendid! Now we'll be able to make a hasty retreat the moment we see the enemy coming!

Rex: If there's anything else what I could do for ya, don't think twice 'bout givin' yer good pal Rex a holler.

Jurota: You have my most profound gratitude.

Jurota: And as for your offer, I would ask that you construct a secret passage that connects the inside of the castle to the outside.

Alain: A truly inspired idea, my good man! One can only benefit from having multiple avenues of retreat.

Alain: Come then, Rex! Let me show you the location of my future panic room!

Jurota: Do you mean to say you ALREADY have your eye on a spot suited to the construction of a secret passageway?

Rex: "Craven is as craven does," as my dear mother used to say. ...Welp, let's get moving—this tunnel won't dig itself!

Alain: The innermost room beneath the castle. It also just so happens to be unused.

Rex: Hoo-ee! There's more'n enough room here for me to work m'magic. Heck, there's even space for me to pile up the dirt what I'll be diggin' up!

Rex: Right then! Let's get this hoedown started!

Jurota: Hold, friends. I understand the importance of striking when the iron is hot, but without proper tools and materials—

Alain: Two steps ahead of you there, pal. I already went ahead and got everything we'll need—it's waiting for us right now beneath our very feet!

Rex: Say, gents? Which way do ya want this tunnel'a yers pointin', anyhow?

Jurota: I will defer to Alain in this matter, as I assume he already has a plan.

Alain: "A" plan? You wound me! I have already considered roughly ONE HUNDRED possible avenues of retreat from here.

Alain: Gentlemen? From this room, we can create splendid avenues of retreat in any and all cardinal directions!

Jurota: Amazing as those possibilities may be, I would remind you that the construction time available to us is finite.

Jurota: Pray let us focus on a single path of egress that will be accessible to all.

Alain: Accessible to all... Oh, I see now! You're thinking people may be injured or ill or something, right? Good point.

Alain: Plus, we have children and the elderly to consider as well... Yes, in that case, there is only one clear choice:

Alain: We will create a passage that connects with the forest to the east!

Alain: Its mighty trees will shield our visages from the eyes of all would-be pursuers.

Rex: Got a couple'a nice paths out in that forest, too. Seems like a humdinger of a winner of an idea to me!

Jurota: To think our path would be blocked by such an immense stone... Truly, fortune frowns upon us this day.

Rex: A'yup. Smashin' up a rock that big might bring the whole works down on our heads.

Rex: Hold yer horses there, friend. If we can't bust this here boulder up, we still might be able to just dig the path 'round it.

Jurota: Then let us do so; we have come much too far to turn back now.

Rex: Well, heck. This ain't good. I reckon we're comin' up on an underground waterway.

Rex: Hmm. Well, if we make a route what for the water to get out and then maybe reinforce the walls a tick, I reckon we could keep plowing forward.

Rex: Still, I can't swear the thing won't collapse on our heads and flood the entire tunnel, so make'a that whatcha will.

Jurota: What do you make of our predicament, Alain? ...Er, Alain? Where did he go?

Rex: Didn't he say he was gonna haul back all the dirt what we been scoopin' out?

Jurota: He has been gone too long for that errand. Perhaps something hinders his return.

Jurota: ...What is this? An underground cavern?

Alain: It just goes to show that you can never have too many avenues of retreat.

Rex: Wait. Did you dig the hole what connected this cave to our tunnel?

Alain: Thank you for asking! See, as I was returning to join you, I came across a wall with a most conspicuous crack.

Alain: With a single flick of my fingers, the whole thing came down and created a tunnel of nature's making.

Alain: An escape route within an escape route, as it were. Such things are often necessary in the name of the perfect getaway.

Rex: Well, it kept us from bein' smooshed under a ton'a dirt'n rock, so ya got m'thanks no matter how it happened.

Jurota: Back to business, then. Let us return to our task of digging the passageway.

After pressing forward for a time, the trio finds themselves stopped in their tracks by a giant slab of most formidable bedrock.

Rex: Well, crud. I dunno, fellas. This bedrock here's tougher than my ma's meatloaf. Don't reckon we'll be able to clear it.

Jurota: We cannot proceed, and detours are not an option. Have we truly no choice but to turn back?

Jurota: The heavens have forsaken us!

Alain: I know we've been detouring all over the place, but I'll bet gold to gingerbread that we've already cleared the castle!

Jurota: Hmm. Are you certain of this?

Alain: Of course! Who would know better than me—a man who spent his life exploring every facet of what it means to run away?

Jurota: I fear these are the private chambers of Master Euden.

Rex: Wait, we went and dug ourselves into the prince's dang BEDROOM?! Shucks, I hope he don't hang us or whatever royalty does when ya barge into their room...

Rex: Welp, no point gettin' hung up on it. Let's fill this in before anyone's the wiser and then skedadd—

Jurota: No. We leave the hole as it is.

Rex: Didja get thumped on the noggin when the tunnel collapsed? Why the heck would we do somethin' like that?!

Jurota: If we reveal this passage's existence to the prince—and he alone—he could use it as an escape route in times of emergency.

Jurota: Let us make the best of this situation. Surely this is the will of the heavens!

Alain: Huh. A private escape route for Prince Euden, is it?

Jurota: Though we have strayed far from our initial plan, I am pleased that our efforts have still borne some fruit.

Jurota: And with our mission complete, let us depart this place; a shinobi such as myself can only find peace in shadow.

Rex: And then let's feast it up to celebrate keepin' Euden safe! 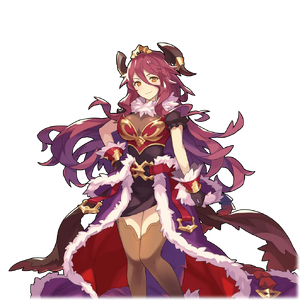