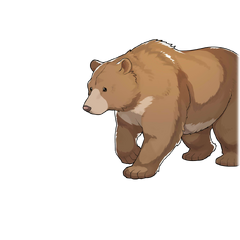 Elisanne: Heavens! What is a bear doing here?!

Maribelle: This isn't the place, silly! It's over that way!

Elisanne: Do you know what that bear is doing here?

Maribelle: Sure! There's a big animal gathering going on in the courtyard.

Rawn: Animals come to courtyard sometimes. We talk together.

Maribelle: If any of the animals are worried about anything, we try to help 'em out. Because we're ADULTS! Hee hee!

Elisanne: So that bear was off to participate in this gathering of yours, eh? Well, it certainly sounds interesting.

Maribelle: Do you wanna come?!

Rawn: Rawn happy with it. Animals too.

Maribelle: EVERYONE will be happy with it! So yeah, c'mon!

Elisanne: Goodness... It is as if I am awash in a sea of fluff and fuzz!

Rawn: Bear had big fight with friend. He want to make up, but not know how.

Maribelle: Aw, this is easy! First, apologize. Second, ask to be friends again.

Rawn: If saying is hard, give present. That like handing over silent feelings. Rawn would give dried meat. Food always welcome gift!

Maribelle: Being stubborn isn't going to solve your problem!

Elisanne: Perhaps he's just worried his friend might not forgive him. I understand how you feel. But if the shoe were on the other...er, paw, would you refuse to forgive your friend?

Elisanne: You see? I'm sure your friend feels the same way.

Rawn: Bear happy now. He going to give honey as apology gift.

Elisanne: I said nothing special, really. But I am glad to have helped. 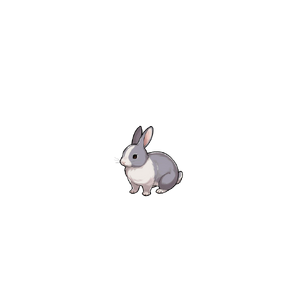 Elisanne: And what's going on here?

Maribelle: He's in love with another bunny. But loads of other bunnies ALSO love her, so he doesn't know what to do.

Elisanne: A problem with rabbit romance, is it?

Rawn: Rawn no get romance.

Maribelle: Thankfully there's an adult here. ...Me! Right then, let's see... You're in love, and have a load of rivals, sooo... So this one is all Elisanne!

Elisanne: M-me?! I couldn't possibly! I mean, I may read a great number of romantic novels, but I have no ACTUAL experience.

Rawn: Only Elisanne can help bunny.

Maribelle: Please! He needs your help!

Elisanne: Ack! I can't resist those little round eyes! Er, yes. Right then... *cough* You are concerned about the number of rivals you have, yes? It must feel as if they are much more charming than you— and full of things you lack, besides. But forget what you lack. You must focus on what things you CAN do, then do them to the best of your ability. If this is your path, you will have no regrets. Think about what you can do for the bunny you love, then see it done.

Elisanne: I find this hard to believe, but that rabbit actually looks a little less worried.

Maribelle: Now ALL the animals want to talk to you about their problems!

Elisanne: That was hard work, but also quite rewarding in its own way.

Maribelle: Say, Elisanne? Do YOU have worries?

Rawn: You help us. We want to help back.

Elisanne: Well, this isn't really a WORRY, per se, but I hear that those who raise cats and dogs find it relaxing to pet them. I couldn't help but think about that, seeing all these animals here.

Maribelle: Oh! Do you wanna pet 'em?! Would...that be all right?

Rawn: ...They say yes. Because you helped.

Maribelle: She deserves to be!
Retrieved from "https://dragalialost.gamepedia.com/Fluffy_Friends?oldid=103179"
Category: