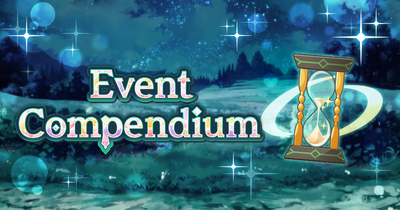 The Event Compendium is an archival game mode that allows players to play old events at any time. This makes previously-limited-time content such as Event Facilities and limited Wyrmprints permanently available. It was added in version 1.18.0.

Initially, only Facility Events are available, but there are plans to add Raid Events at a later time. 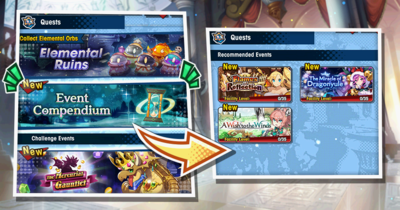 Players may select only one event as their "active event" at a time. Once an event is selected, an automatic download will install data needed to play it.

While an event is selected as active:

To accommodate these events becoming permanent, several changes were made to the events' format and rewards: